I just wanted to build something cool using machine learning on a bunch of public images. But after showing it to a couple of my “friends” they thought it was too creepy and Selfie Central might sue me for breaking their platform policy and I should stop doing it.

So, I did what most sane people would do - write a blog post detailing how I did it, and open source it.

What did you do?

Err.. that's a good question. I basically told a computer to download a bunch of images containing faces from , and sort them according to similarity.

So how did you do it?

Before we start off doing anything machine learning-y we need a bunch of data, a bunch of #selfies to train our model on. Hmmm, sounds like we need to drop by and pay some photo sharing website a visit ( ͡°╭͜ʖ╮͡° ).

I've decided to use the word ‘loan’ instead of scrap, as scrapping has such negative connotations with it. Anyway, I wanted a way to be able to loan images Selfie Central without providing them with any of my keys. After playing around with the web app for a couple of minutes, I discover the tags endpoint, which gives like infinite images without authentication.

I noticed that everytime I scroll to the bottom of the page, this particular request pops up:

Looks like an API call, I wonder what could that hold?

JSON dump of the graphql endpoint

Woah nifty! The URL to the images are easily accesible and it looks like the only variables we need to change are the query_id and after. after looks suspiciously similar to end_cursor obtained from the graphql query endpoint, I wonder if it would make a difference if I changed the after variable in our query to be J0HWUYaEwAAAF0HWUYaAwAAAFlIA, making our GET request url now: https://www.instagram.com/graphql/query/?query_id=17882293912014529&tag_name=selfie&first=6&after=J0HWUYaEwAAAF0HWUYaAwAAAFlIA. Querying it gives us: 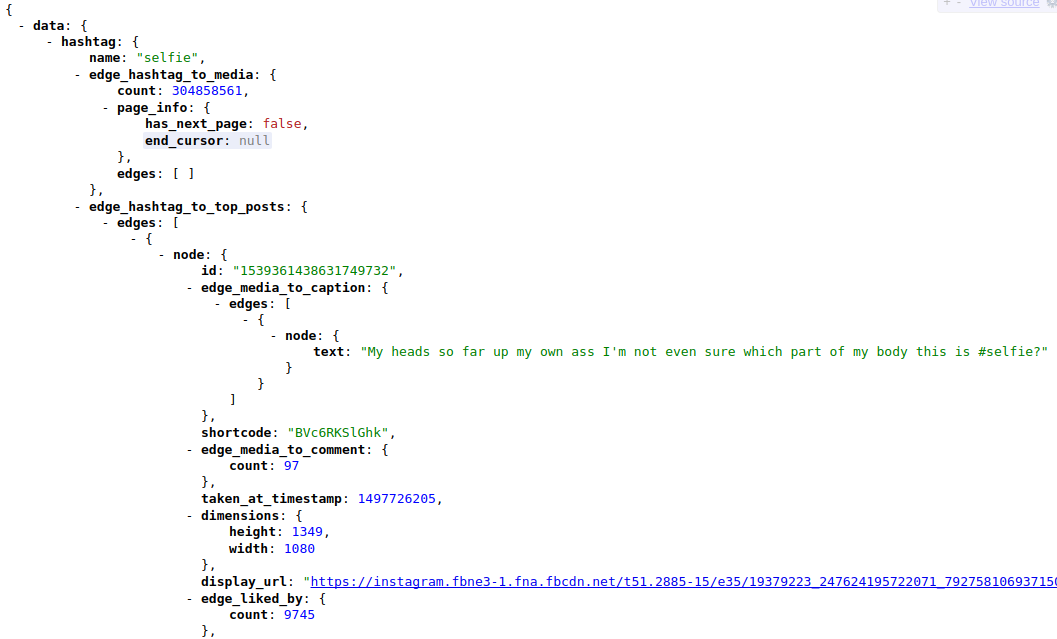 What about query_id? At first I thought it was some constant as I couldn't find it anywhere and kinda just hardcoded it into my queries and it worked for a while until I started getting timeout errors ♪~ ᕕ(ᐛ)ᕗ . In the end, I found out that the query_id is generated from the file en_US_Commons.js, which is included during your inital request to Selfie Central.

So, the journey of automating our loaning of images from Selfie Central currently looks like:

So far so good, I wrote a multithreaded scrapper, chucked it onto a C4 instance on AWS, and left it overnight. 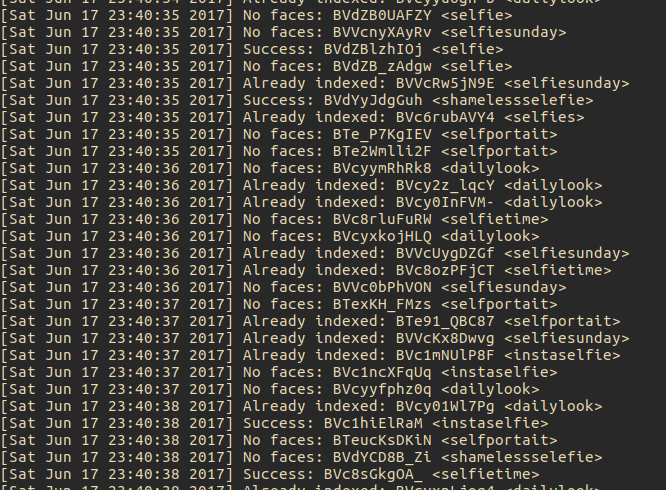 Indexes around 6-8 images a second

The next morning I woke up and decided to check its progress, and got around 200k images. Sounds good right? ༼ʘ̚ل͜ʘ̚༽ Not really, Selfie Central gets ~35 million images per day, thats only 0.4% of the images they get per day. But whatevs, 200k is enough for me, I think. (ღ˘⌣˘ღ)

We now have our images, problem is they aren't normalized. 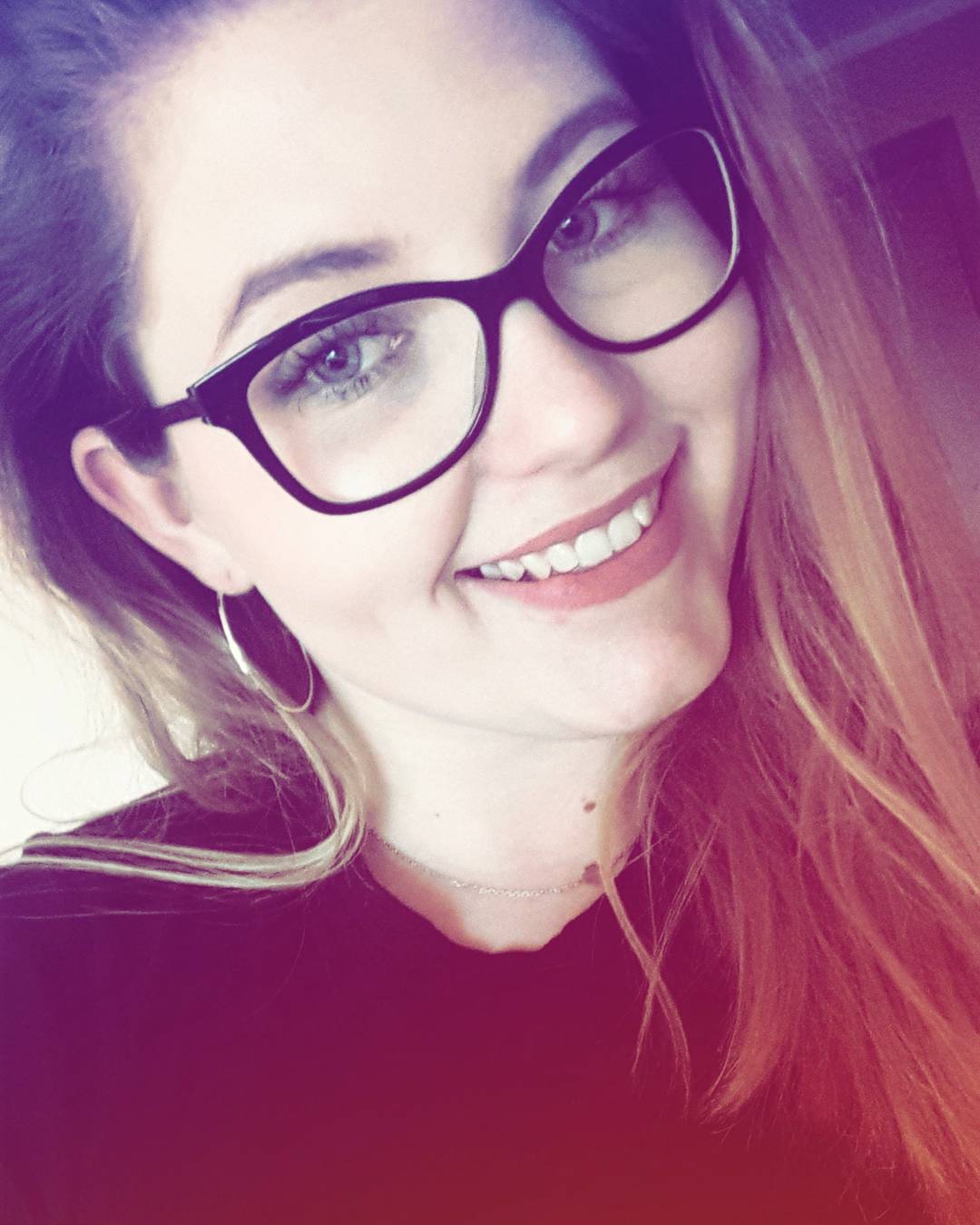 See how the above face is tilted to the right? Thats baaaad. We can't have feed it into the black machine learning box that way ب_ب. So I uh, did a bit of googling and found out about this cool library called dlib that does what I want it to do. It is able to find the 68 landmarks of the face with some magic, and using that I can transform the original image to an aligned face. Dlib's super easy to use, just from looking at the example code, I was able to plot my own 68 facial landmarks too! 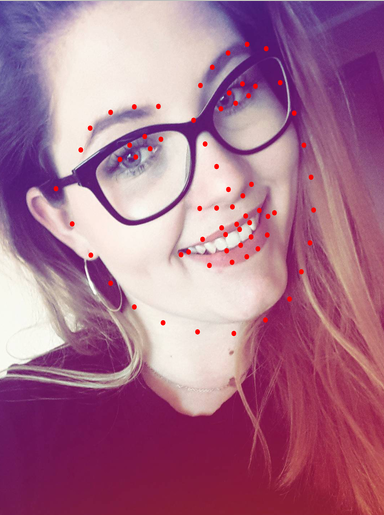 With a little bit more magic, I was able to align the face, voila! ◔̯◔ 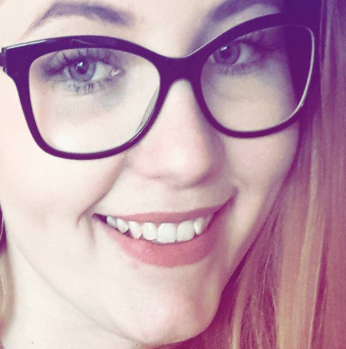 Remember how I said we needed alot of data to train our model? I lied. I tried to get the MS Celeb 1M dataset. But do you really think Microsoft is really going to hand over the dataset to some kid who says he's going to use it to index faces on Selfie Central and be non-creepy? (´・ω・)っ由

In the end, I decided to just use a pretrained model from OpenFace. Problem is, these cool kids are using Torch, and I'm using PyTorch. Whats the difference? There's a Py infront of PyTorch, having a longer name must mean its newer and better. And communicating between Lua (what Torch is built on) and Python (what PyTorch is built on) induces a large overhead and is a huge hassle.

Using my 1337 googling skills, I found a OpenFacePytorch implementation online from some korean guy who works at intel. I cloned the repository and low and behold! It works! Thank you Pete Tae-hoon Kim! 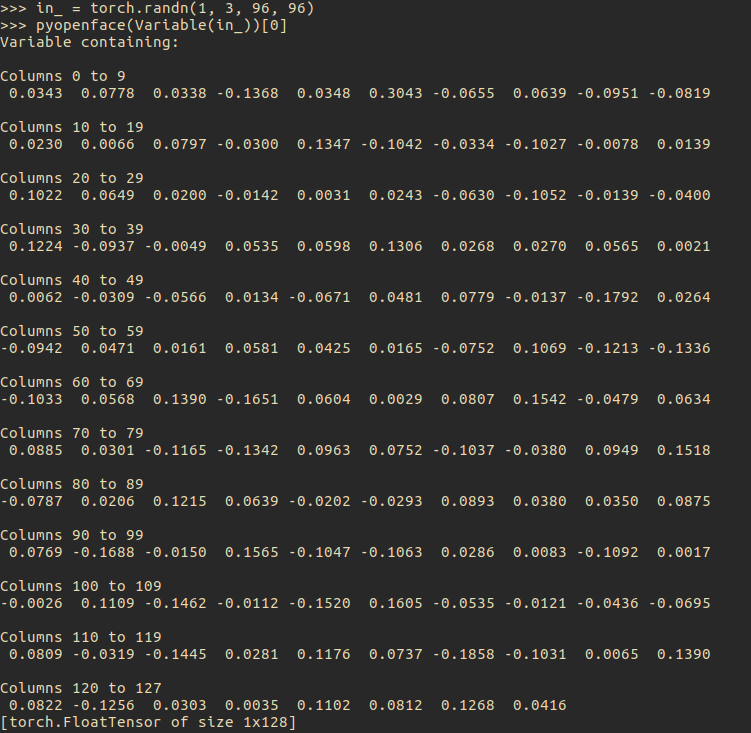 The architecture used by OpenFace is based on FaceNet: 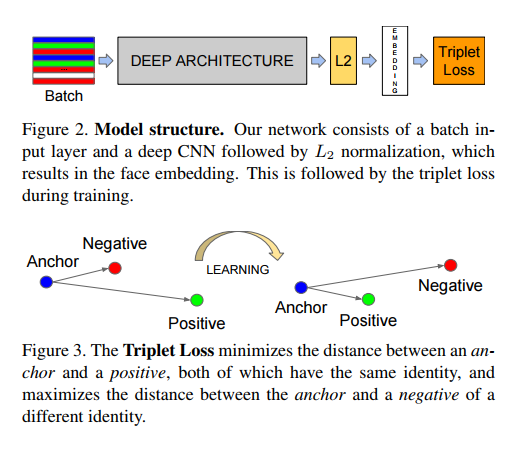 An analogy I like to use to explain the intuition behind FaceNet is to imagine it as a coin sorting machine. The coin sorting machine can measure the coins’ size and weight, and will sort coins of similar size and weight into one pile. FaceNet is doing exactly the same thing, except it's measuring the high level abstract features of the images (position of mouth, eyes, nose), and not low level concrete features (skin color, hair color, etc) Clustering in 2D, FaceNet does it in 128D

Because of the Triplet Loss, it can be assumed that faces with similar features will have a similar embedding. Now I'm not going to explain CNN's here, but if you would like the intuition, here's a good post.

Once we index all our loaned preprocessed images with their respective 128 dimensional vector, we can start using K-nearest neighbours to search for similar faces. For this I used Spotify's Annoy.

TBH, not much. I wrote a couple endpoints and spun up a sanic server, hosted my files, and decided to call it a day.

UPDATE 1: So… the first server got hugged to death at 4am in the morning. Thank you…? I've spin up a general instance (instead of a micro) to handle the load.